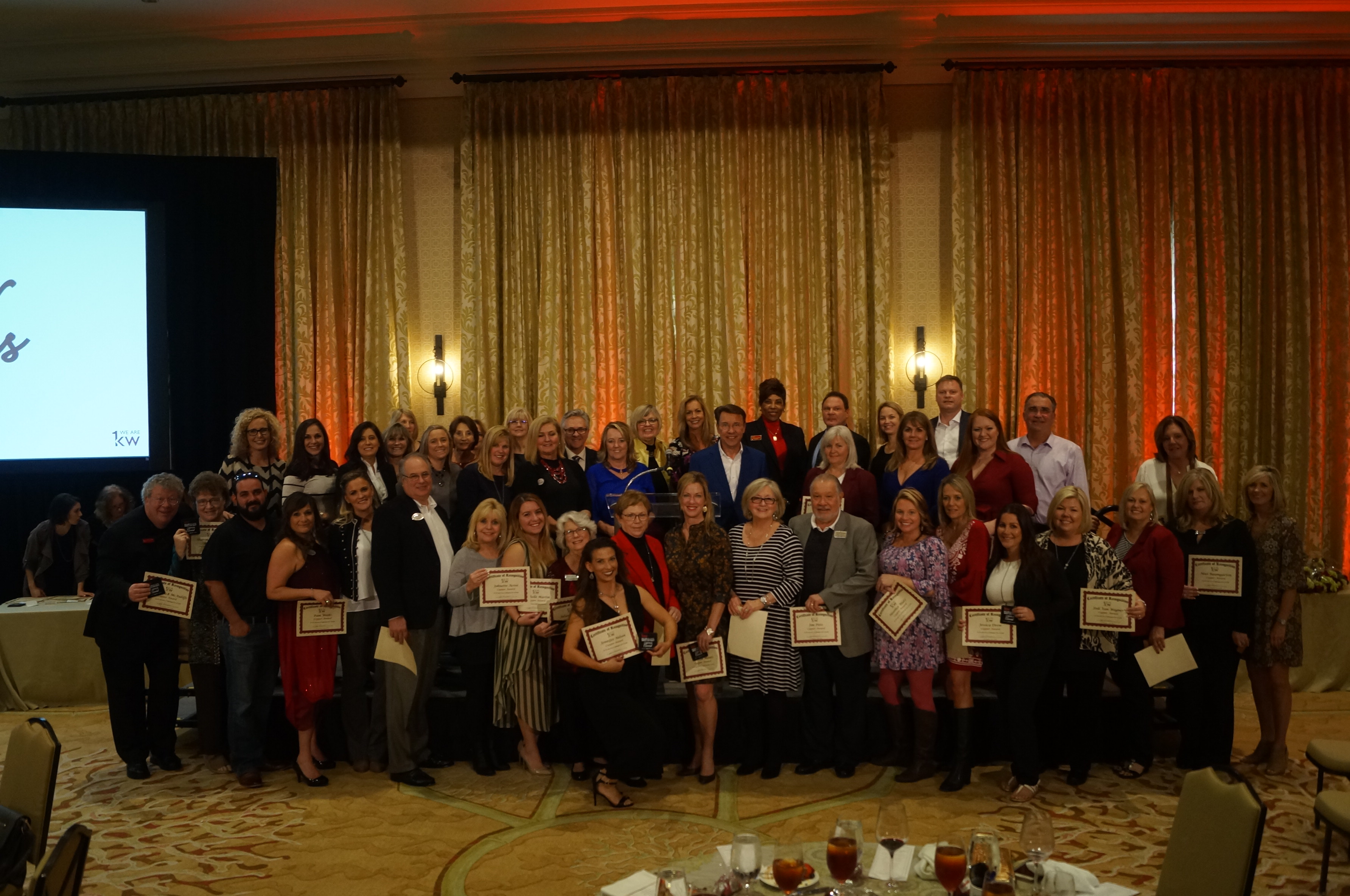 We were excited to host our annual awards celebration on Friday, February 9, 2018, at The Henderson Resort in Destin. The event celebrated the success from 2017 for our entire brokerage, spanning all seven KWEC offices representing over 350 agents in Navarre, Fort Walton Beach, Niceville, Destin and 30A. The celebration began as our Broker, Jeff Adamson, proudly announced that KWEC had officially been ranked in the top 50 brokerages in the entire state of Florida and also in the top 10% out of 750 Keller Williams brokerages internationally.

For the third year in a row, Mega Agent, Cindy Cole, was named Top Associate of the Year with over $30 million in closed sales in 2017 alone. The Top Listing Associate went to Johnette Acree for obtaining the largest number of listings. The Emerald Coast Home Team, made up of agents Diane Tharp & Amy Signor, earned the Top Sales Team award, along with John Moran’s At the Beach Group being named the Top Sales Group. Rookie of the Year went to Tiffany Watts, who amazingly, in her first year in the real estate profession, closed a sales volume of almost $5 million.

KWEC also recognized the community efforts of several of their associates. Shari Gross from the Destin team received the KW Humanitarian award for her consistent efforts to help others in the community, with many of her contributions remaining completely anonymous.  Fort Walton Beach agent, Glenda Janczewski, was named the KW Cultural Icon, exhibiting the true company culture that Keller Williams strives to achieve. Agent Dawn Burt, from the Navarre office, was given the KW Cares award, for her significant donation to the national KW Cares fund, which provides financial assistance to KW agents all over the world in times of need, such as major natural disasters, significant illnesses and more. Other fun awards were given including the “Tide Award” for squeaky clean contracts, Voicemail Queen, the Energizer Bunny award and more.

“Our agents look forward to this celebration every year,” said Broker Jeff Adamson. “We know that the success our brokerage has seen is due to the hard work and dedication of our agents, so it’s important to take time to reflect and celebrate on everything they have accomplished.”

Robert Tufts, franchise owner of KWEC’s seven offices, joined the celebration to shake the hand of each agent and congratulate them on their many accomplishments, as well as the significant growth of the KWEC team since our brokerage was started in the early 2000’s.

Congratulations to ALL agents on an amazing 2017! We are excited to see all the success you will have in 2018!

We're always available to help out, get in touch with us any time, or shoot us an email.